Weeks before our class trip abroad, we studied Korean political history and events leading up to the Democratic movement.  During that time, our assigned readings from Park Chung Hee Era and Korea the Impossible country laid a foundation and prepared us for the learning experience.  Much on our time was spent going to museums and I have to admit this was much more interesting than reading the books.
Later in the week, we visited the National Museum of Korean Contemporary situated between the American embassy and Gyeongbokgung palace.  From our readings, I learned that education played a major role in South Korea's advancement.  From the museum I learned that although all Korean citizens were to receive mandatory education as stated in the constitution, it did not take effect until years later. By the late 1950's figures showed that elementary school attendance had increased to 96% and illiteracy had dropped to around 20%.


The April 19 Revolution of 1960 is displayed in two cases.   This was a very important event that aided the democratic movement.  I really enjoyed the visuals the display had and I credit this for helping me retain the information. 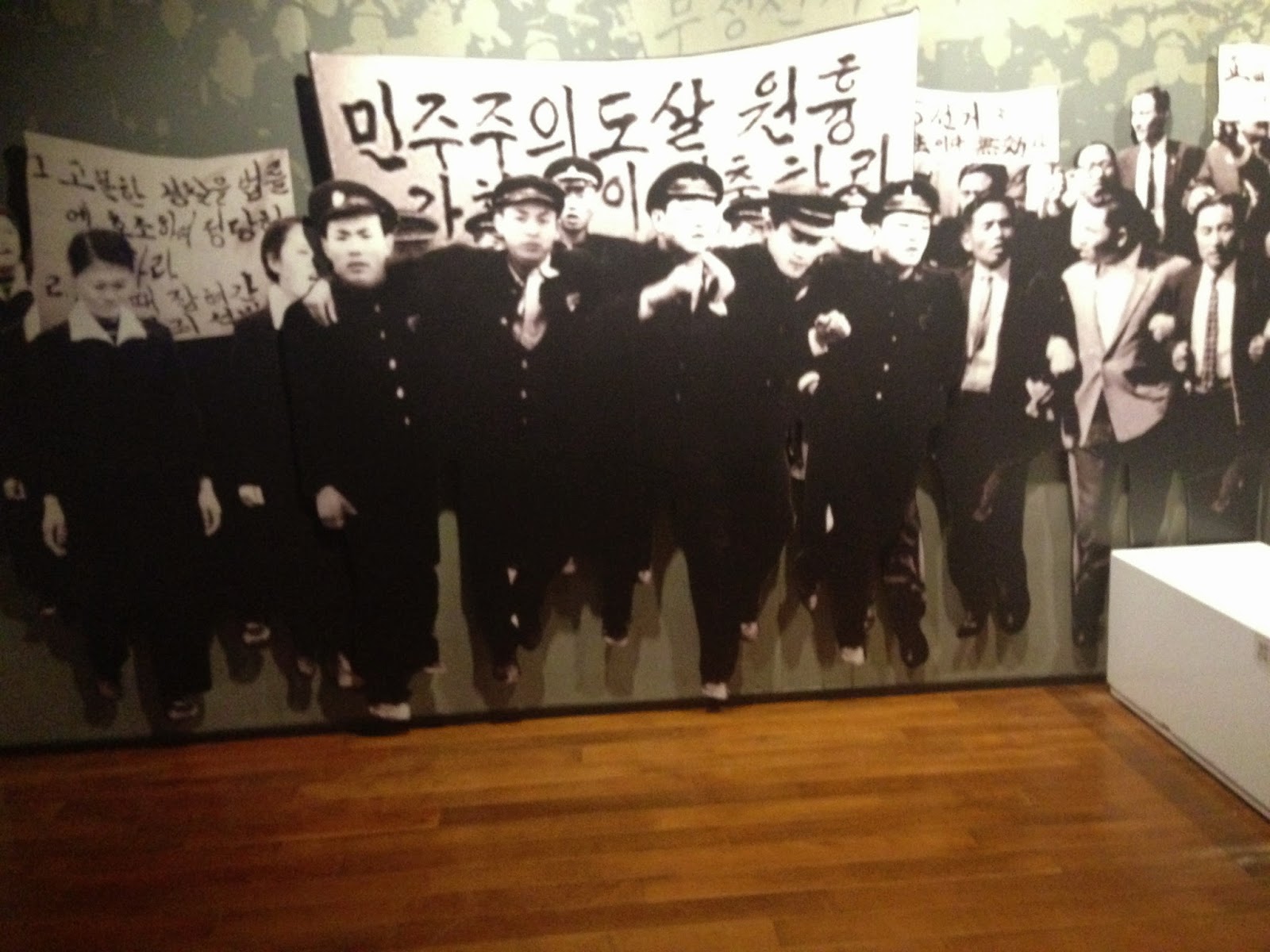 Protests in the 1980's were largely composed of University students who demanded a democratic government.  In particular, I learned of two male students who are widely admired for their efforts during the protests.  Below is the picture of Lee Han Yeol, a student from Yonsei University who perished in one of the demonstrations. 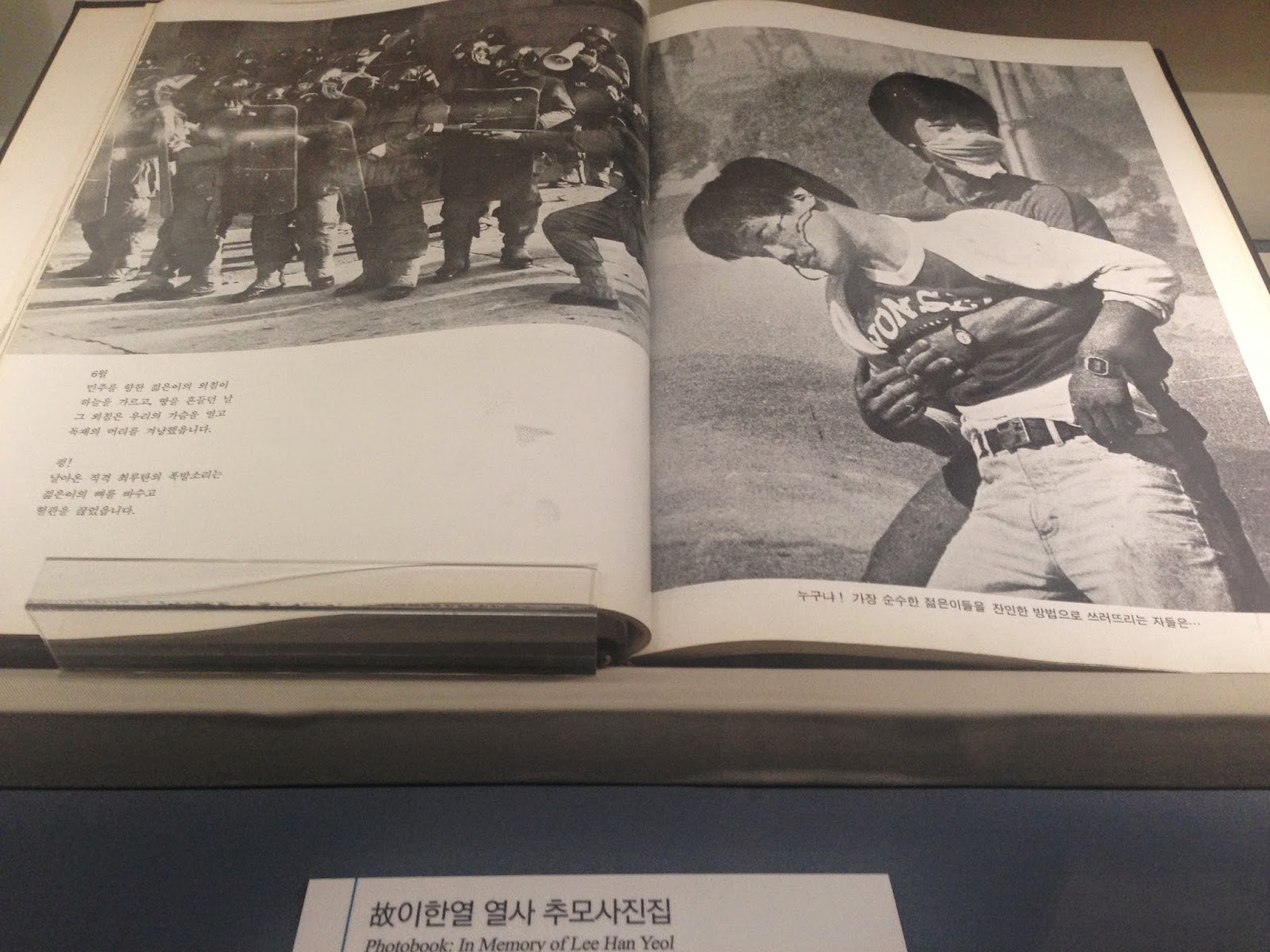 Park Jong Cheol was a student at Seoul University.  He was arrested and it was revealed that he died from being tortured.  This further infuriated the protestors.   I was amazed at the courage these young students displayed and I asked myself if I would do the same.   The courage they had to stand before a regime that threatened and eventually took their lives is something I have not experienced in America.  In a way, I become more appreciative of the our government that grants us rights and freedoms despite many disagreements from fellow citizens.  I soon found out that Korea had a long history of persecutions towards democratic activists.  On Friday, we went to Seodaemun Prison which is now a museum.  Upon arriving, I could not help but compare it to the concentration camps I had seen in history books.  Very similar to them, the purpose of this prison was to contain anti-colonial activists who rejected Japan's occupation.  Sadly, after Japan left, Korea's brutal regimes would also use this prison to get rid of those who opposed them.  There were different buildings which had a purpose.  Some of them served as interrogation rooms, torture rooms, and solitary confinement.  I noticed a difference in many students after our visit ended.  Before we entered the museum, we were talkative as our excitement to be in Korea continued.  Silence soon came over us as many of us realized how many freedom fighters had passed through those gates.  I can honestly say, this was one of the most memorable visits we made.  I could have read about this in books or watched it on TV, but I got a chance to visit it in person.